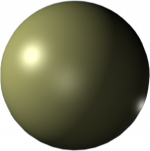 Who’s Afraid Of Freedom Of Speech?

Whilst every country undoubtedly has its share of legal peculiarities, several French laws provide the authorities with handy legal weapons to use against dissenting citizens. There are several types of crimes and offences, ranging from insulting speech or defamation to outrage. While these laws are all different and have all been around for one or two centuries, they do have something in common: they have never been used as regularly as they are today.

During the past decade, many French politicians in their 40s (especially the so-called "new generation" in President Sarkozy’s administration) have shown that they are quite willing to use those laws to protect their public image or reputation. In addition to the "usual" lawsuits against tabloids, they use these laws in surprising ways. For instance, last year Ms. Dati (then Minister of Justice) did not hesitate to sue a lawyer over a statement he had made while pleading in court.

In this regard, the Internet is a crucial battleground. French Secretary of State Mrs. Morano has repeatedly stated how much she "hates the Internet"; she recently filed a complaint for "public insult of a member of a ministry," over a three-words video comment on French YouTube-like Dailymotion platform. Having been tracked down and heard by a special police unit, the perpetrator appeared to be a 49-years-old housewife, who had merely quoted half a sentence from a popular song: "ouh, la menteuse" (duh, she’s a liar). Members of the government have also made official plans to quadruple the statute of limitation (from three months to one year) in order to facilitate attacks on online documents and web pages. Such a change, if it were to pass, would create an unprecedented discrimination in the French criminal law.

President Sarkozy himself (who is known to monitor the Internet very closely) has already been in court an impressive number of times – although it was so far most uncommon for a French president to fill any lawsuit. Anybody who uses his image, particularly in a humorous way, is likely to get sued - this includes advertisers, tee-shirt makers (not to mention the now-famous fake voodoo-doll case) but also regular citizens and even high-school students.

Yet, somewhat ironically, Mr Sarkozy himself has never been known to speak without any rudeness. For example, as a minister, he referred to lower-class suburban young people as "racailles" (scumbags)1, and as the President, he publicly replied to a citizen who wouldn’t shake hands with him: "casse-toi, pauv’ con" (which could be roughly translated as "piss off, you jerk"). Months later, a citizen was sued (and condemned) for merely showing a sign with this quotation in a crowded street when the President’s car was about to pass by.

A specific criminal charge actually does correspond to this latter case. The 1881 law which defined Freedom of the Press in France curiously also instituted the offence of insulting speech... alongside with a more peculiar kind of offence: the "Offence to the President of the Republic", that carries a €45 000 fine2. This charge had not been pressed for the past 35 years, and even then, was used quite scarcely3.

What may actually be more disturbing is that, while the President has a right to file complaints like any other citizen, he is provided with a special legal status which grants him total legal immunity and prevents him from being heard before any court as a witness, let alone as a defendant. This law was created by former president Mr. Chirac for his own benefit, and now poses a legal and ethical problem to the whole Justice system in France. Indeed, French law states that a fair and balanced trial requires some kind of an equilibrium between the defendant and the plaintiff: if the latter loses the case, he is generally condemned to pay the "dépens" (expenses) of the trial, and the defendant may even sue him in return if he is to prove that the complaint was abusive in the first place. This cannot happen when the plaintiff is the President.

Such spectacular cases are but a symptom of a general trend that is affecting the French society as a whole. There is a growing gap between citizens and their authorities in general. This was noted by Adam Sage, a British journalist, in 2008: "the number of prosecutions for insulting police officers and other civil servants has risen from 17,700 in 1996 to 31,731" in 2007. "The crime of outrage4", he added, "dates from Napoleonic times and is designed to protect “the dignity ... of a person charged with a public service mission”. [It] carries a maximum sentence of six months in prison and a €7,500 fine" — whereas insulting a regular citizen is only punished with a €35 or €45 fine5.

While the law theoretically includes all civil servants, 19 cases out of 20 involve a police officer. Are French citizens particularly malevolent towards authority? This may be (partly) true, but other explanations are to be considered. During the last decade, it has been made clear that the police’s role was more about punishing crimes than preserving social peace; this was emphasized in 2002 when Mr. Sarkozy became the Minister of the Interior6. Police forces have been given precise goals, such as numbers to achieve year after year: 26 000 immigrants to be deported by December, a crime-solving rate of no less than 40 per cent, and so on.

In this regard, the "offence of outrage" appears to be convenient on several levels: finding the perpetrator is hardly a problem, neither is producing "evidence" (the officer’s word, even without witnesses, is enough); the officer may also ask for up to €150 monetary damages – without even having to attend trial. This is also a convenient way to cover up police violence - anybody accusing the police of such acts can be charged as an "offence of outrage". These charges (whatever the actual reasons) have steadily been increasing, recently leading Amnesty International to report that "French police are above the law".

To say the least, climate is not getting any less tense between French citizens and the authorities7. Important riots have taken place (mostly in the suburbs) on several occasions these past few years, even though these are getting less and less media (and political) attention. This is deliberate: as of this writing, the new Minister of the Interior Mr. Hortefeux had just filed a lawsuit against citizens whose testimony had been quoted in a newspaper. These citizens had witnessed a car accident involving a police vehicle, and blamed the policemen for the death of a young man.

President Sarkozy seems to have become the personification of all police forces in France, not only to citizens but also to policemen themselves. His name appears in more and more reported cases of outrage or insult. Prior to his election, a citizen who was arrested for having mentioned Sarkozy’s name testified that the officers said, while clubbing him: "consider yourself lucky that he isn’t the President!" More recently, a 47-years-old man was arrested in a train station, where he had criticized an ongoing identity control by saying out loud: "Sarkozy, I see you!" In this later case, charges were eventually dropped by the judge.

While French magistrates, as well as policemen, are legally bound to an "obligation of reserve", an increasing number of them chose to put themselves at risk by publicly taking a stand against this political and societal evolution. In a press release, a Union of magistrates stated: "Everywhere where civil society expresses itself, the government resorts to Justice to discourage any campaign and silence any public form of criticism. Criminal justice is now mainly used as a tool, not to supposedly fight delinquency, but actually to intimidate citizens and dissuade them from taking stands or action." Similarly, policemen report that their job is getting harder and harder, constantly having to face the people’s spreading hostile and defiant attitude.

Where can such a mixture of imbalances and frustrations lead? Only time will tell. What is certain, however, is that the future of the French democracy will strongly depend on the answer to that question.

Valentin Villenave (born 1984) is a French composer, a Free Software activist and a spokesman for the Pirate Party.

[1] In 2007, Times journalist Charles Bremner noted that "Mr Sarkozy’s use of [this] word [...] contributed to his demonisation".

[2] In this specific case, the defendant was lucky enough to be only condemned to a €30 fine – where the prosecutor had required 1000€.

[3] This law has been widely criticized in France as a violation of the Article 10 of the European Convention on Human Rights — unless one regards the dignity of the President as an "interest of national security, territorial integrity or public safety"?

[4] Interestingly enough, a second part was added to this article in 2003, that also punishes any act of disrespect towards the French national flag or anthem.

[5] Yet the very first article of the French Constitution, as does the seventh article of the Universal Declaration of Human Rights, states that all citizens must be treated equally before the law.

[6] As a symbolic gesture, in Februray 2003 Mr Sarkozy publicly scolded the police commissioner in Toulouse, saying "the police job [was] not to play soccer with the youngs".

[7] On a related note, a recent study established a link between "the increasingly frequent and often violent altercations between young people and the [French] police" and the fact that "ethnic profiling occurs [...] in police decisions about whom to stop, question, search, and, at times, arrest."

Any message or comments?